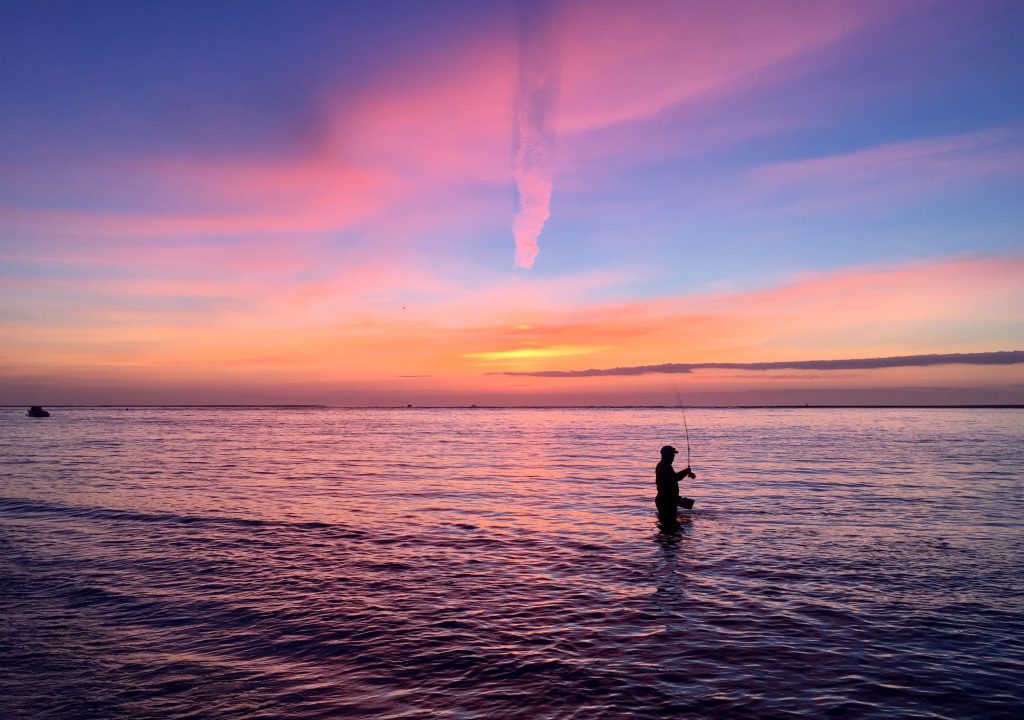 As the sun climbs above the horizon, you’ve already been on the water for hours. The action started earlier with a hit and a splash. In the dark, the fish is testing you. A tug in the same place, then again. The current picks up. You speed up your retrieve. Another tug and and then it happens. The rod bends, you carefully let the wet line slip through your fingers, keeping tension until it’s on the reel. You keep it tight, holding the rod higher, maneuvering the glistening, lice-covered bass into the surf so you can grab the lip and feel its energy before letting it slide from your hands.

Later; you’re on the flats, watching schools of fish swim toward you before they turn and scoot away. You cast to ripples that might be wind, shadows that might be clouds, stalking, stripping fast, slowing, picking your line up again and again as the tide turns. Afternoon; you’re casting over the flats from the sturdy platform of a boat built for fly fishing or staking your claim to still deeper, darker waters and bigger fish. A whale breathes heavily nearby. A tuna leaps. A fin breaks the surface. A shark? Mola mola? The surface erupts. After months of anticipation, a year of distractions, it’s the right place at the right time.

As the sun goes down you’re taking one more cast – just one more – before heading back to the warmth of friends, stories around a fire, a meal, a cold one, a sip of warmer stuff, and a few hours of hard-won sleep before rising to start again. When you do, you’re smiling in the dark. The fish are waiting. This is Cape Cod on the Fly: the Experience.