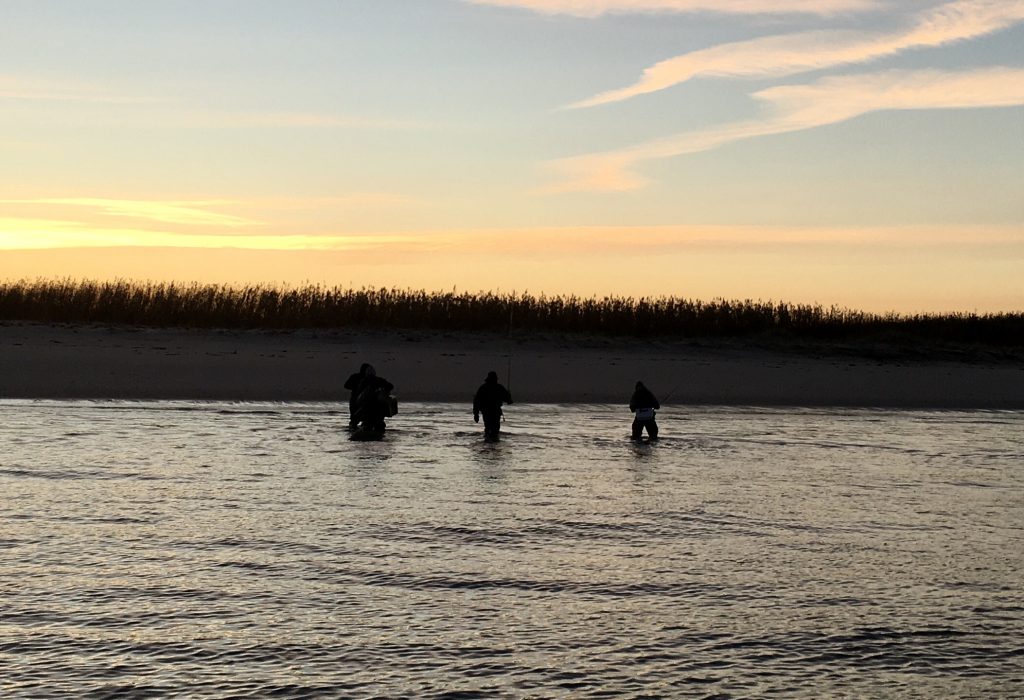 I once edited the Insiders’ Guide to Cape Cod and the Islands. It was the eighth edition and would have paid well if my day job as a reporter hadn’t forced me to do the work needed to make sure it was accurate and researched. (The phone number for at least one hotel in the previous edition connected instead to a recorded woman’s voice offering a breathy tour of her body, other calls checking on less risque offerings revealed a referenced pool had been removed years earlier or businesses listed that no longer existed at all.) My rewrite of the introduction was less chamber of commerce and more a warning that the region, like elsewhere, has its fair share of danger, including crime and serious accidents. My wife, who is still a working journalist, likes to point out that vacationers never think they’re going to die on vacation, but they do sometimes. But, it’s the lede of that intro that I always come back to and which I find myself repeating in one form or another while working my current job: “If there is a constant on Cape Cod and the islands of Martha’s Vineyard and Nantucket, it is change.”

This change could be the erosion or accumulation of sand along the shoreline, tides or currents, light, weather, temperature or longer term trends such as climate change, the fluctuating ranges of the fish we chase or the reestablishment of a species in the environment that was previously relegated to the big screen. Being bitten by a shark is, unfortunately, yet another way visitors could end their vacation in the hospital or worse. I have a whole presentation that touches on these many changes and how they might affect our fishing experience, as well as how human actions – development, pollution, overfishing – cause or encourage some of these changes.

Headed into 2021 there will be a few, less dramatic, changes coming for Cape Cod on the Fly.

Although some of the most productive days of this past season were spent in the deep fog off Monomoy, it’s never an ideal situation to be in the soup without radar. While I like to consider myself extraordinarily careful whenever I’m operating a boat, it’s never more important than in the fog with other vessels nearby and underway. I always knew radar was an inevitable addition when I bought the Cape Fisherman and I’ve now pulled the trigger, picking up a Simrad 4G system I plan to have installed this winter and in action by the spring. While I’ll continue to keep my head on a swivel and use my “natural” senses to keep clients safe, radar will give us a better sense of our surroundings while we’re fishing in the fog and may even help us find that pile of working birds and the fish below them.

I am also planning to install an additional marine radio, update the boat’s first aid box and buy an automated external defibrillator. Hopefully I’ll never have to rely on these things to save a life but they’ll be there if needed. This is in addition to the existing radio, emergency equipment and personal locator beacon already onboard. There is no such thing as being too prepared, especially on the water in challenging conditions. Even so, everyone should be aware that fishing is an activity that carries inherent risks with it.

OK-so safety first but next comes fishing! As I do every year, I’ll be exploring some new territory at the start of this upcoming season and am looking forward to putting clients on top of fish in ways they haven’t experienced before. This may mean wading a new creek or shoreline, traveling farther afield for better chances at finding quality fish or re-examining time, tide and currents for areas closer to home. As is always the case, I’ll also be updating and/or replacing gear as needed, primarily in this case, my light tackle setups, which have taken a bit of a beating. While most clients come with their own fly rods and reels, there are plenty of anglers who bring friends or family who may want to stick with a spinning setup. Those experiences should be of equally high quality and getting some new equipment onboard will help ensure this continues to be the case. The fly box will obviously be filled again as we kick off a new season. There are plenty of other small fixes, improvements and purchases that will occur this winter but these are the ones worth mentioning at the moment.

In addition, I’ve been considering how to deal with my carbon footprint. Fact is I’ve been thinking about this for too long and have taken some actions personally I hope help but whenever I proselytize about the environment my wife – who suffers through our frugal low temp winter living and air conditionless summer life – likes to remind me that I drive a truck and own not one, but two boats. To start, I’ve signed on for the Fly Fishing Climate Alliance and Pledge, which is a promise, among other things, to go carbon neutral by 2030. I am also working with Emerger Strategies to calculate my carbon footprint and figure out how to mitigate it, likely through the purchase of carbon offsets. Truth be told I just kicked off that process officially so can’t claim any credit so far. For anyone not familiar with the idea of carbon offsets, this is money or actions put toward projects that reduce carbon emissions or increase carbon sequestration elsewhere. It might go toward planting trees, funding for a solar energy project or support for an energy efficiency program.

I have some history with the concept, having covered energy for the Cape Cod Times during my time there. That being said, I’m no expert so I phoned a friend who is when I started looking at this type of action. He had some great suggestions, including looking for local ways to offset my carbon footprint. This is still a work in progress and I’ll be relying on Rick at Emerger Strategies to guide me. If you have a business in the fly fishing industry and you are interested in learning more, you should reach out to him.

Finally, in connection with these various capital expenditures, I will be making some changes to my price structure, which is spin for a price increase. When I first launched Cape Cod on the Fly I knew this was a possibility but wanted to get through a couple seasons to understand expenses, revenues and whether I could make a living doing what I love. If you’ve already booked a trip for next season, this won’t affect you and I’ve tried to base the changes on reality while maintaining the value of your experience. Anyone who has been out with me knows I don’t like heading back to the harbor until you’ve had your share of takes and tight lines. Don’t worry, as long as I don’t have another trip scheduled immediately after yours or weather dictates otherwise, I won’t be rushing us off the water. I love being out there. It’s fishing so it doesn’t always work out but we found action the vast majority of trips this past season and I expect more of the same next year.

The new prices can be found in the guide services section of the website, which has been updated with new images from this past season as well. The plan is to keep these prices stable for the foreseeable future so I put a lot of thought into the change, including bouncing them off friends, mentors and clients. I don’t want to do this again anytime soon but my goal is to stay afloat and put food on the table. I hope you understand. Sustainability is key to everything we do, whether it’s fishing, business or the planet.

Thanks again to everyone who came onboard this past year. I can’t wait for what comes next. Let’s go fishing and make some stories.