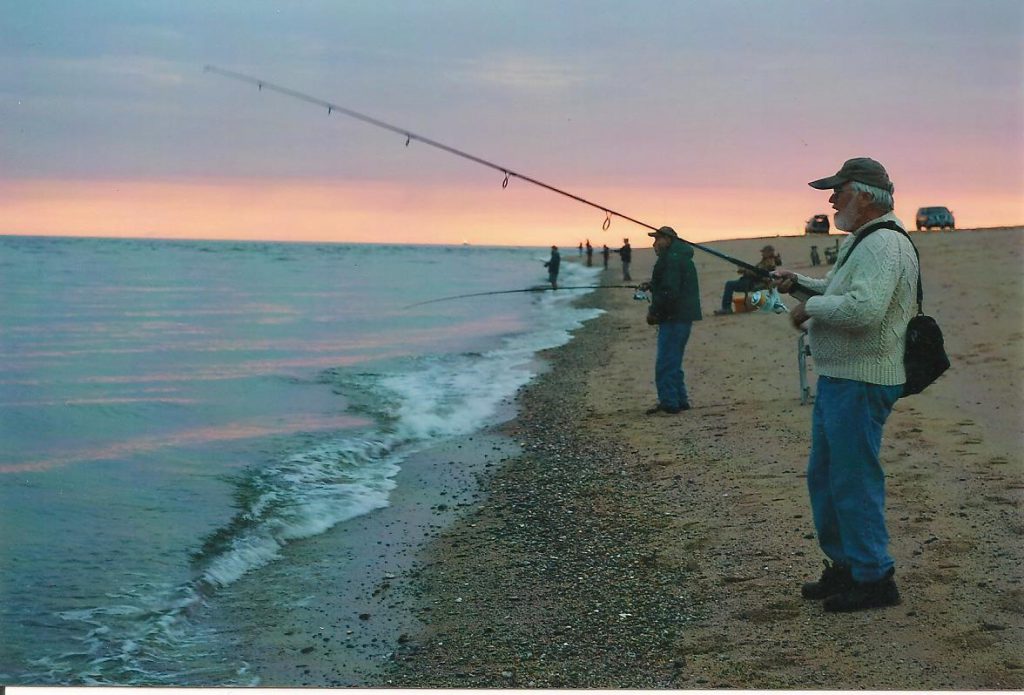 Welcome to Cape Cod on the Fly.

My name is Patrick Cassidy. I have been fishing around Cape Cod since my father brought me here nearly 30 years ago to cast for stripers off Long Point in Provincetown.

He had grown up in Brooklyn and fished Montauk. During the summer, we visited his parents in New Jersey, where my brothers and I learned of blue fish, weak fish and other saltwater species. But it was always understood that striped bass are first among fish. It was in my father’s voice.

My parents had visited the Cape a year or two before I first crossed the canal. My father had noticed the deep water off Provincetown and brought a fishing rod. He returned later with my uncle Jim, a kindred spirit. Together, they taught me about fish and fishing.

Over the next three decades, we would return to Provincetown every fall. The group, which has topped 20 at times, includes a core of regulars as well as a rotating cast of more irregular characters. The ritual of camp grounds us in a tradition loosely based on fishing and mostly based on telling the same stories, sitting around the same stove Jim built from an old keg, and sleeping in the same camper or tent as the year before and the years before that.

These moments keep me and others in my family as well as our friends coming back to the water, fishing and enjoying our time together.

I was born in Virginia. Our home was not far from the Potomac, which flows south into the Chesapeake Bay where I once watched my father and his friend catch a large ray that nearly bested our 16-foot skiff. We still have that boat.

Growing up, we wandered dirt roads, fishing for sunfish and bluegills from the banks of clear creeks in the shadow of the Short Hill.

After a variety of jobs and places – including two years living in a fishing village on an island off the coast of West Africa – I found a career in newspapers and a home here on Cape Cod.

Now, thanks in no small part to my wife, my family and many generous friends who donated their time and talents, I am making the transition from weekend warrior and caffeine-fueled dawn patrols to full-time guide. I am beyond thankful.

Cape Cod on the Fly is as much about the stories you will tell later as it is about the fish. But both are there, waiting just beneath the surface. Let’s go find them together.